Dublin is an affluent suburb of Columbus, Ohio that annually hosts the renowned Jack Nicklaus’ Memorial Golf Tournament and is home to several Fortune 500 companies. With a resident population of 40,000 that peaks to 80,000 during the daytime, luxury hospitality was needed to serve those commuting in for both business and recreation. In 2016, Crawford Hoying, LLC and Brackett Builders, a local real estate developer and general contractor, respectively, decided to meet that need with the AC Marriott Bridge Park - a sophisticated, energyefficient hotel. Their HVAC selection? Mitsubishi Electric’s CITY MULTI® Water-Source Variable Refrigerant Flow (VRF) technology.

THE SWITCH TO WATER-SOURCE VRF

“I knew the developer and was aware of the project,” said Machemehl. “WSHP systems are fairly energy efficient, but not as much as a VRF system. Knowing our technology would be a good match for the hotel, I told the developer I could save them about $100,000 annually through combined utilities and maintenance savings.”

Switching to VRF ultimately proved to be more cost effective even before accounting for maintenance and utilities savings. When the contracting team priced out the installation, the total installed mechanical costs came out to $550,000 less than the WSHP system. Crawford Hoying was sold.

Between a WSHP system and watersource VRF, the biggest difference in price and efficiency comes down to the number of compressors and water pumps required for the project.

“In the initial design with WSHPs, there’s a compressor bearing unit in every hotel room, plus more for the common areas,” explained Machemehl. “For each of the WSHP units, a fractional, horse power water pump is built into the heat pump cabinet.” With the more efficient water-source VRF systems, the total tonnage was reduced due to increased system diversity. In addition, the number of compressors was reduced from 182 down to 19 and the total count of water pumps was reduced from 190 to five.

Paring down the number of systems also proved to be imperative for a high-class guest experience. “The AC Marriott brand, founded by Antonio Catalan, is a lifestyle brand focused on sophistication, service and design,” explained general manager, Orcun Turkay, Shaner Hotel Group. “The most important thing for our hotel guests is that HVAC operation is simple, comfortable and unnoticed.”

Within the AC Marriott Dublin, compressors are located in the housekeeping rooms on each floor rather than guest rooms, making the hotel’s cooling and heating extremely quiet. “We’re seeing a pretty big shift in the hospitality vertical market towards VRF,” explained Machemehl. “The big reasons: energy efficiency through heat recovery, maintenance, comfort and acoustics. When I stay at a hotel and I can hear the compressor kick on, it wakes me up in the middle of the night. The result of the VRF system is a better experience for guests as well as much better comfort from a temperature and humidity control standpoint. Unlike traditional systems where the compressor constantly turns off and on, a VRF system always has the compressor running and adjusts the fan speed to continuously remove moisture.”

Utilizing water-source VRF also has its advantages in handling extreme temperatures. Central Ohio winters can be harsh, with temperatures occasionally dipping below zero degrees. With traditional HVAC systems, extreme cold can cause a loss in capacity and efficiency, ultimately impacting the hotel’s ability to provide optimal heating. With water-source VRF, the system doesn’t struggle to accommodate temperatures below design as it strategically uses a combination of recovered heat and a natural gas boiler-heated water loop.

Machemehl and the hotel staff experienced the effectiveness of this design firsthand a few months into the AC Marriott’s opening.

“In January 2018, there was a 6-degree day—extremely cold. Though it was sunny with a high solar load on the building, I wanted to go out to the hotel to make sure the building was operating correctly,” noted Machemehl. “Basically, this system operates off the principle of heat recovery so the VRF system will capture all of the waste heat in the building—lights, people, projectors and kitchen equipment in addition to the solar gain on the building. When I checked the controls, not one of the boilers was running...from an energy savings and sustainability standpoint, that’s a home run to have your boilers off when it’s 6 degrees above 0 outside.”

“These controls give us the advantage to make a guest’s stay a little more flawless,” noted Strzelecki. “From a maintenance standpoint, Diamond Controls has made it easy compared to other properties I’ve been at. Having that central control system, I can just ‘jump’ into a room from the interface and 75 percent of the time I can fix the issue right in the Diamond Controls program. This is much more convenient rather than having to bug the guest, go to their room and start pulling equipment apart.”

Not only was water-source VRF the ideal choice for ensuring a comfortable guest experience, but the system’s high-performance efficiencies allowed Crawford Hoying and systems engineer, Prater Engineering Associates, to receive substantial rebates.

“We worked with the local utility company, American Electric Power (AEP), and their custom rebate program,” explained Machemehl. “A third-party energy modeling program was used to do a projection of energy usage. With AEP’s custom rebate program, they compare how much better the building’s projected performance is compared to a baseline ASHRAE 90.1 building. AEP pays 10 cents for the estimated first year’s kilowatt hour (kWh) and three cents per kWh to the designer. The team’s efforts were worth it— Crawford Hoying received $44,900 and Prater Engineering received $13,500!”

From rebates to controls to acoustics and more, water-source VRF has been a game changer for the AC Marriott Dublin. For the general manager, it’s made all the difference in surpassing guests’ expectations.

“The sophistication of this system is so different from others I’ve used,” noted Turkay. “With the nature of our building being all glass, energy efficiency is so important in our operations. We haven’t had any issues with the system and at the end of the day, our guests are happy.” 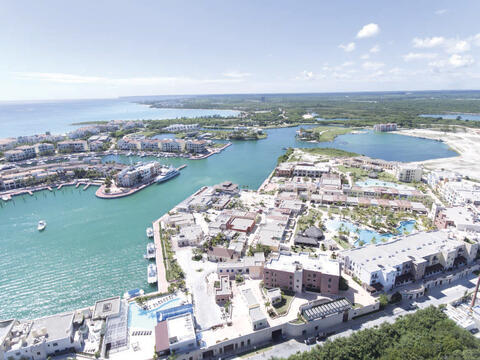 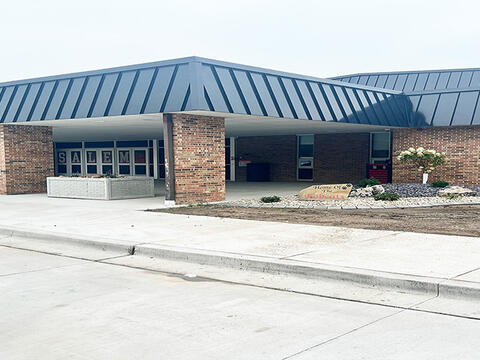 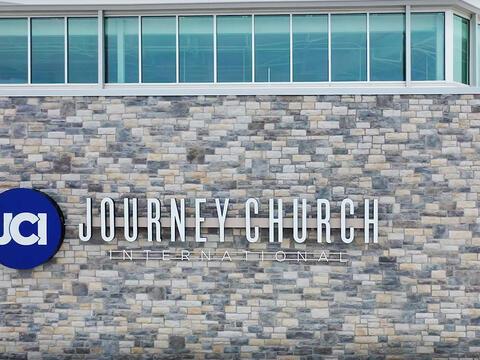 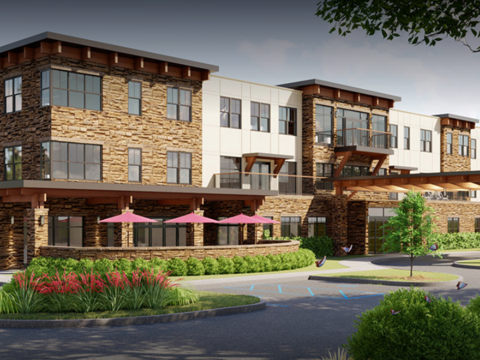 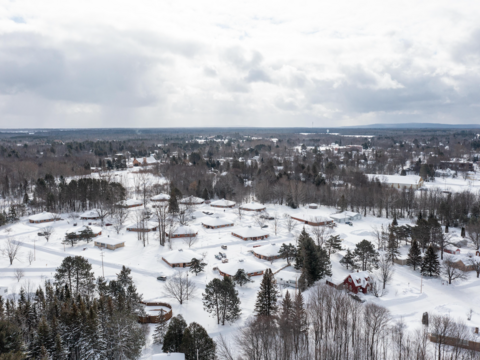 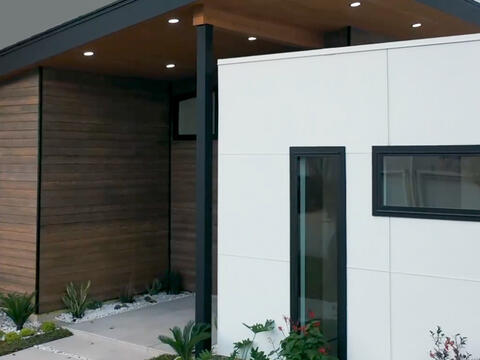